Thanks to its geography and history, Chile offers wine lovers some of the most diverse and exciting wine choices of any country in the world. Here’s why. Chile is the narrowest country in the world, averaging just 110 miles wide. It’s also the second longest (Brazil beats Chile by just 57 miles). At 2,600 miles, Chile is as long as the U.S. is wide, ranging from 17 degrees south to 56 degrees south. That translates to the distance between the Caribbean island of Antigua and Quebec in the Northern Hemisphere. In terms of width, the country is wedged between the Pacific Ocean to the west and the Andes mountains to the east, with a long strip of coastal mountains separating the two.

So, not only do most viticultural areas get a “two-fer” of extra-strength maritime and alpine influences, but micro-terroirs are abundant, and often cheek-by-jowl. Chile’s rich vinous history also factors into the array of choices. The first vines were planted in 1544, making Chile one of the oldest wine cultures in the New World.

Winegrowing in Chile started with plantings of mostly Spanish-origin País (known as “Mission” in California – those Jesuits knew a thing or two about viticulture!). The great French invasion followed later, in the eighteenth century, as wealthy landowners introduced Bordeaux varieties at their estates near the nation’s capital of Santiago. In 1889, those Bordeaux-style wines won fame and international recognition in Europe akin to the Steven Spurrier “Judgement of Paris” in 1976, at which two California wines triumphed over offerings from Bordeaux.

By the late-twentieth century, Chile’s wine industry was dominated by four major players. These did an impressive job of introducing thirsty wine drinkers around the world to the country’s well-made, well-priced blends and varietals, notably Carmenere, a French variety now synonymous with Chile. At the same time, legendary winemaker Pablo Morandé began planting in Casablanca, initiating a movement to explore cooler and cooler sites ideal for Pinot Noir, Chardonnay, and Sauvignon Blanc. Fast forward, and that movement has become a flood, with ever more extreme sites coming online each year, from desert plantings in the north to vines in the far south. With it comes a growing consensus at the international level that Chile’s middle and top-end wines, in particular its Cabernets, rank among some of the best that the world has to offer.

Many of us came of age drinking value-driven varietals and blends from Chile; then we discovered Carmenere and Chile’s iconic Cabernet Sauvignons. Those categories remain wonderful options, but with so many new regions and styles to explore and enjoy there are now more reasons than ever to check out Chile:

1. The only phylloxera-free country in the world

2. More own-rooted vines than any other country worldwide

3. A tradition of vine health-conciousness

4. A history of open-minded innovation

6. A super-dry climate (in most areas)

9. The best Carmenere in the world

12. A growing cadre of Natural wines

14. Possibly the highest concentration of female winemakers in the world

Tradition and trends, classic and new appellations, legacy vineyards and new plantings of different grape varieties, local and international capital and talent – it’s a heady mix. Taste the unexpected from the narrowest country in the world. Welcome to Chile! 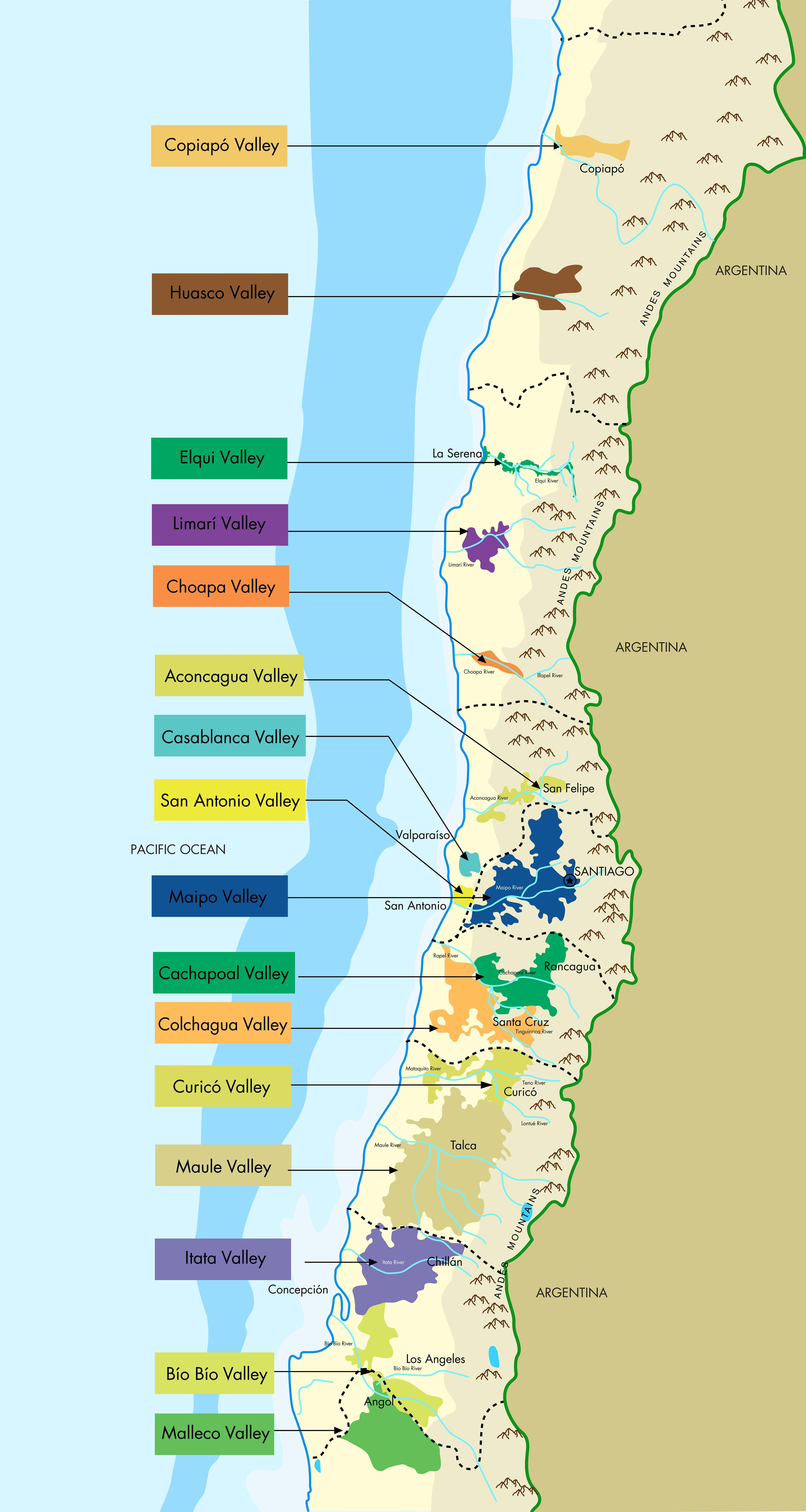